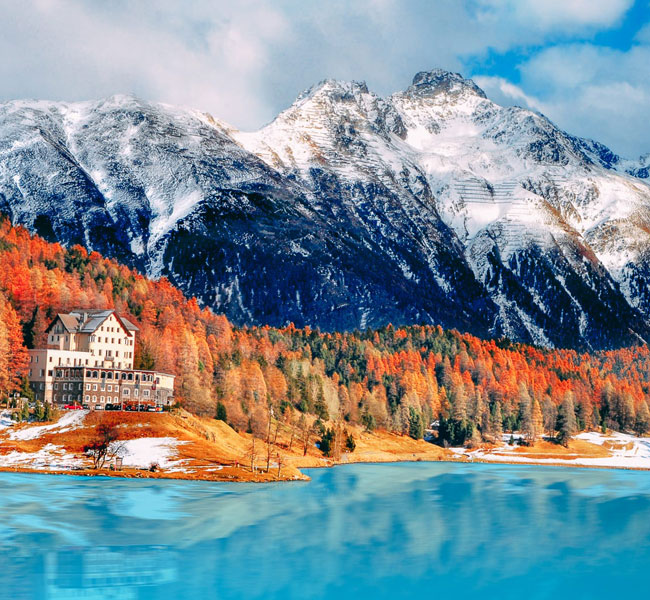 Switzerland was founded more than 700 years ago. Long years of peace have left their mark on our heritage, history and culture.

A look at the past

We owe the fact that Switzerland is in Switzerland to Caesar - in 58 BC he prevented the Helvetians from emigrating to France and founded a flourishing Helvetia (Augst, Avenches are, amongst others, evidence of this to the present day). The people remained in the Alps. The real history of Switzerland began in the 13th century, with the first alliances from the villages around Lake Lucerne (William Tell, Rütlischwur) - victorious battles against the Habsburgs, new alliances, and battles within Switzerland - Reformation (Calvin and Zwingli) and the Counter-Reformation.

Conquest by Napoleon in 1798 put an end to the Old Confederation-. The new era began - in 1848 the political arguments about the type of state lead to a pioneering, revolutionary constitution for Europe - a democratic Federal state with 26 sovereign cantons, democratically elected authorities, a two chamber system, a direct political say and equality of the four languages of the country and cultures.

The Swiss are a friendly and hospitable people, though somewhat reserved at times. Life in our towns and cities is secure. We share an independent spirit, a respect for tradition and no fewer than four languages and dozens of dialects. The Swiss love for partying isn't yet widely known. But the seasons are marked by traditional festivals and popular pageants.

Every major Swiss city honours its own symphony, opera or theatre, where acclaimed international artists appear. Smaller towns and villages prize their chamber groups or quartets. The Bern, Willisau and Montreux Jazz Festivals rival in recognition with the classical music events of Lucerne and Gstaad, to name just a few.

About 700 museums round out a rich cultural life. You'll find outstanding, internationally acclaimed art collections and specialized museums for every interest. Today scores of medieval castles and venerable mansions are open for a look around. Some house superb museums, other wonderful restaurants. Churches, monasteries and abbey libraries hold precious legacies of the ages.

Some examples of Swiss celebrations:First of August, the Swiss Independence day. Zurich's spring festival, the Sechseläuten. Carnival is celebrated all over Switzerland. Hornussen, a unique sport. Onion market in Berne. Harmless Cow fights in the Valais. Locarno's piazza is a splendid open air cinema during its International Film Festival.

Popular customs and festivals in Switzerland

All too often we form an impression of a country by that which meets the eye. It may be a pleasant one, but it contains no notion of the people, their history, customs, and roots which lie behind the scenes we witness. Without these aspects neither the landscape nor the inhabitants would be what they are. (MySwitzerland)