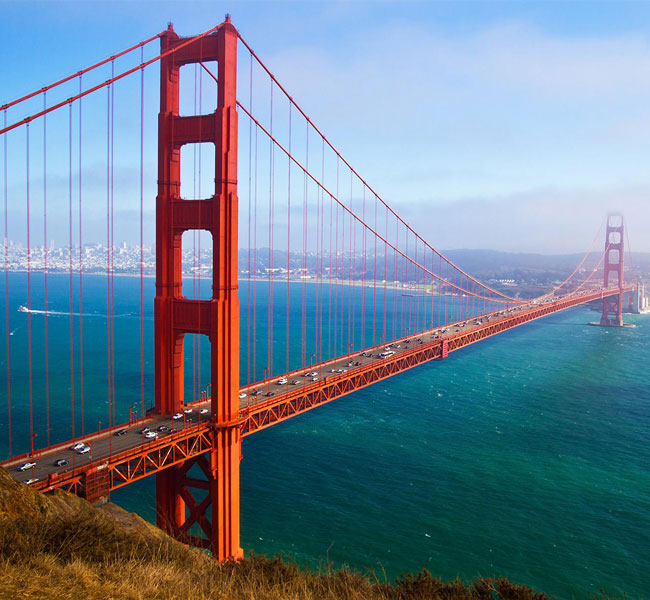 Hurtigruten's classic voyage along Norway's fjord-filled west coast has always been defined by its stunning landscape; and with the addition of the newly designed lightshow at the Finnkirka, or "Finnish Church" cliffs – aptly named for their Cathedral-like appearance – guests will be even further impressed.

The modern-day tourist attraction, originally a place of worship for the local Sami people, is located at the entrance to the Kjollefjord in Finnmark and is regarded as one of the most beautiful sea cliffs in the world. The light display, designed by light artist Kurt Hermansen, premiered on Oct. 18 and can be experienced daily aboard Hurtigruten vessels until the end of the winter season in March.

Prior to this year, the Finnkirka had played host to concerts and masses during the summer but remained empty during the colder months. The creation of the new attraction was a joint effort between Hurtigruten and the local population, both of which wanted to continue to show off the holy splendor of the Finnkirka during the winter season.

See Specials on all Hurtigruten Cruises

Vebjorn Jacobsen, who headed the Finnkirka project at Hurtigruten, believes the final product is an immense success. "Words cannot do the spectacle justice," says Jacobsen. "You just need to experience it."

Finnkirka is just one of the many natural wonders that guests aboard Hurtigruten's Norwegian Coastal Voyage are privy to: the elusive Northern Lights, also known as the Aurora Borealis, are often cited as another highlight of the impressive 34 port winter journeys. Guests booking 2011 itineraries by Dec. 31, 2010, can get these experiences – and more – for up to 15% off with the early booking discount.

Hurtigruten is a world leader in expedition cruising, sailing to the most remote of destinations including Antarctica, Greenland and the Arctic's Spitsbergen as well as year round along Norway's coast and Europe in the spring. established ports of call.