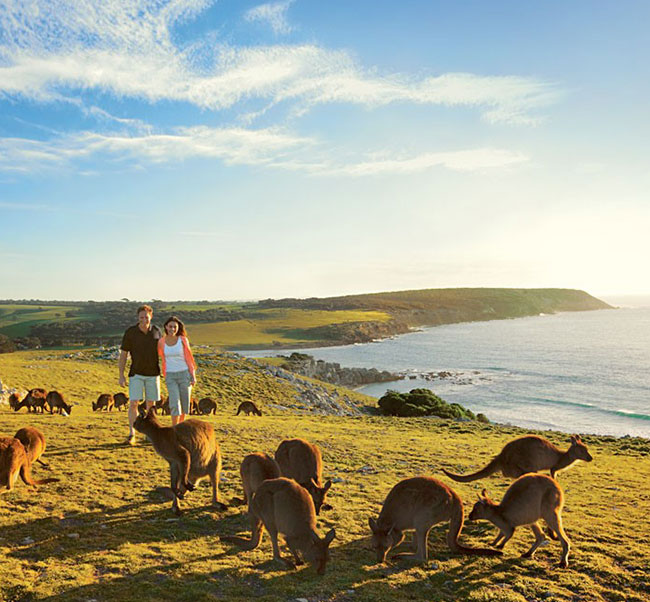 There's more to Australia than Crocodile Dundee and putting shrimp on the barbie. An Australia vacation can be as incredibly diverse as this beautiful country.

From cosmopolitan cities, to the immense expanse of the Outback, to the sub-tropical Gold Coast, Australia is a world in a country. Here's a closer look at some Australian states and territories and the unique highlights of each.

Home to Australia's picturesque wine country, South Australia enjoys a moderate climate year round. The lovely town of Adelaide, known as "The City of Churches," attracts travelers with a wealth of cultural events and the unspoiled natural habitat on Kangaroo Island.

Visitors can experience tropical, crocodile country in the north of this large territory and the heart of the Outback in the South. Its most famous attraction is Ayres Rock, said to embody the spirit and strength of the ancient Aboriginal culture.

Home to the Pacific's pearl city, Sydney, New South Wales enjoys a subtropical climate and a wealth of natural resources.

The smallest of the states, Victoria is also Australia's most populous. The capital city of Melbourne combines old European elegance and new-world style.

Tasmania. Known as the "Apple Isle," the abundance of lakes, mountains, beaches and waterfalls make this tiny island appealing to travelers. Initially a prison island, Tasmania is also infamous for the rare marsupial wolf that calls it home-the Tasmanian Devil. (Globus Australia Vacations)